Due to weather, join us INSIDE the Museum!! 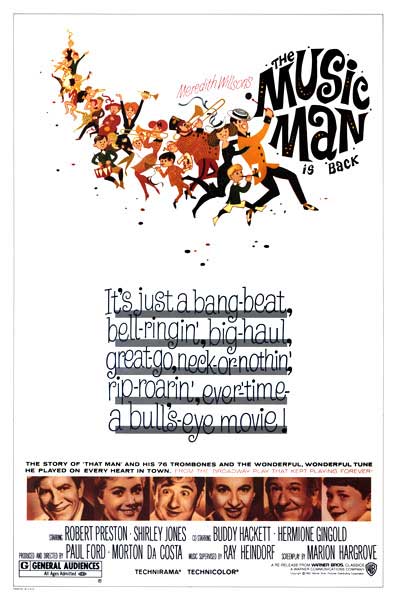 Based on the hit Broadway musical, The Music Man is celebrating its 50th Anniversary since it’s theatrical debut! Featuring an all-star cast of Hollywood and Broadway stars, the story follows traveling sales man, a.k.a. con artist, Harold Hill who targets the naive residents of a small town in 1910s Iowa by posing as a boys’ band leader to raise money before he can skip town. When he falls in love with the town and the local librarian, will his foot finally get caught in the door?