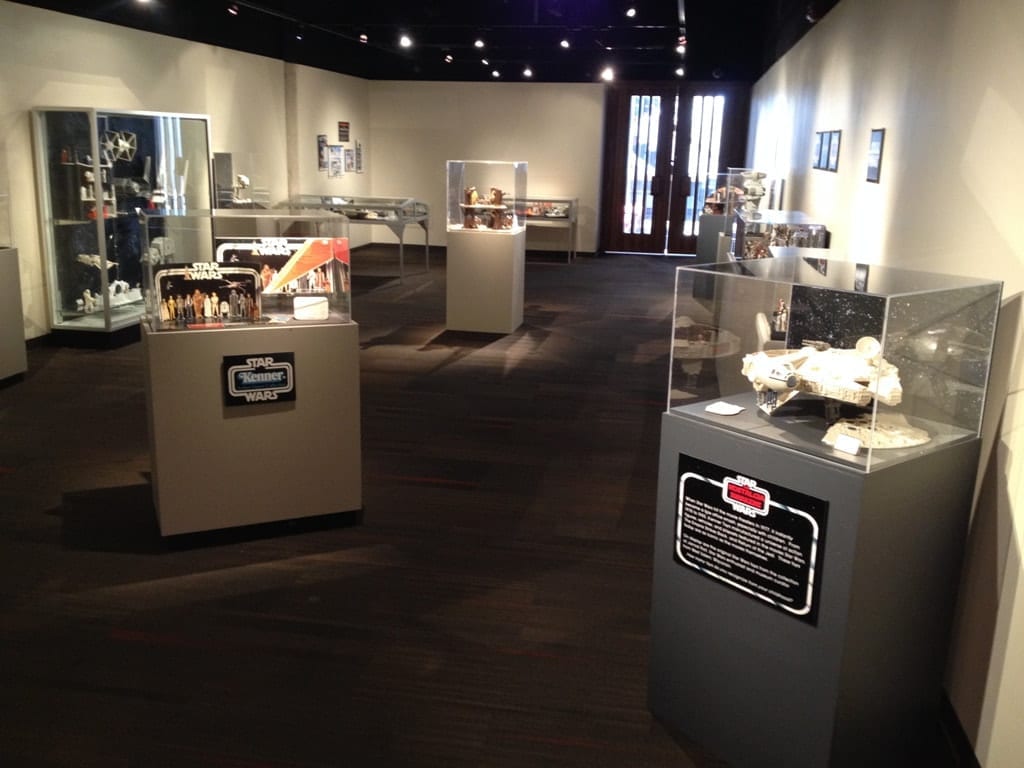 When Star Wars hit the theaters in 1977, it became an instant smash. That popularity soon spread to the toy store, as Kenner Toys manufactured hundreds of action figures, vehicles, and playsets featuring the characters, creatures and spaceships of A New Hope, The Empire Strikes Back, and Return of the Jedi. From 1978 to 1985, it was possible to bring the action home, leading kids and adults alike to build their own scenes of the beloved Trilogy on living room floors around the world.

Star Wars: The Nostalgia Awakens is a travelling exhibit featuring 100 unique action figures (every figure ever made—including the never released in the US Yak Face and Blue Snaggletooth), 5 larger creatures, 19 vehicles, 13 playsets and dozens more action figures that populate those. Young and old will recognize familiar faces, creatures, spaceships, and scenes from one of Hollywood’s classic space stories!

Grab the crew & join us for this epic exhibit!