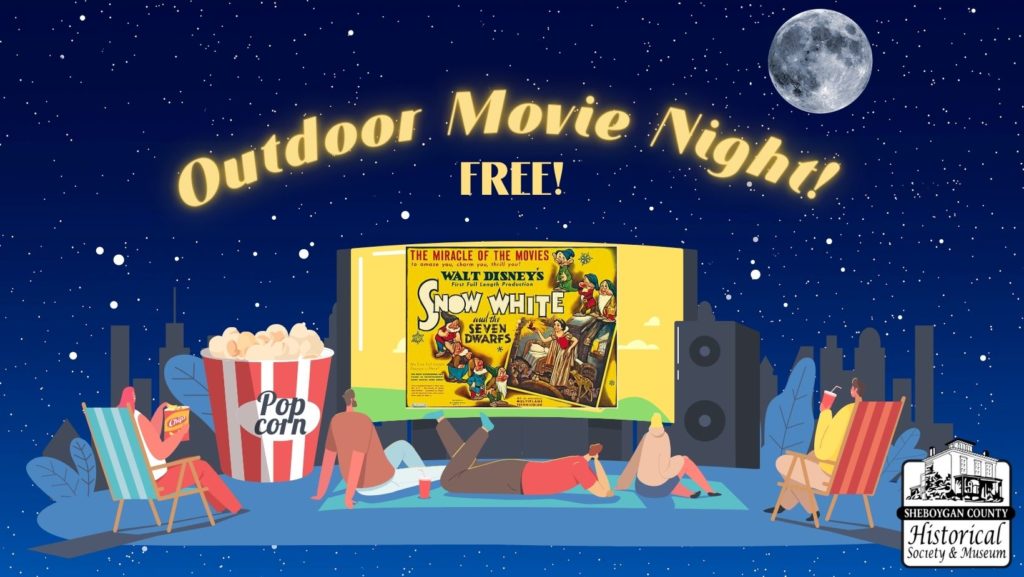 Due to the rain today, the Sheboygan County Historical Museum has made the decision to cancel tonight’s Outdoor Movie Night. We know that this comes as a disappointment, but we have one more Outdoor Movie Night left this summer! Join us on Friday, August 19 at 8pm for the 60th Anniversary of “The Music Man” (1962). https://fb.me/e/2qiFCXomE

And watch our Facebook page for a blog to come in the next few weeks so you can still learn all about the making of Walt Disney’s “Snow White and the Seven Dwarfs,” the first ever full-length animated feature film! Then have your own watch party at home!

We hope to bring this movie back into our Summer Outdoor Movie Night lineup in the future! 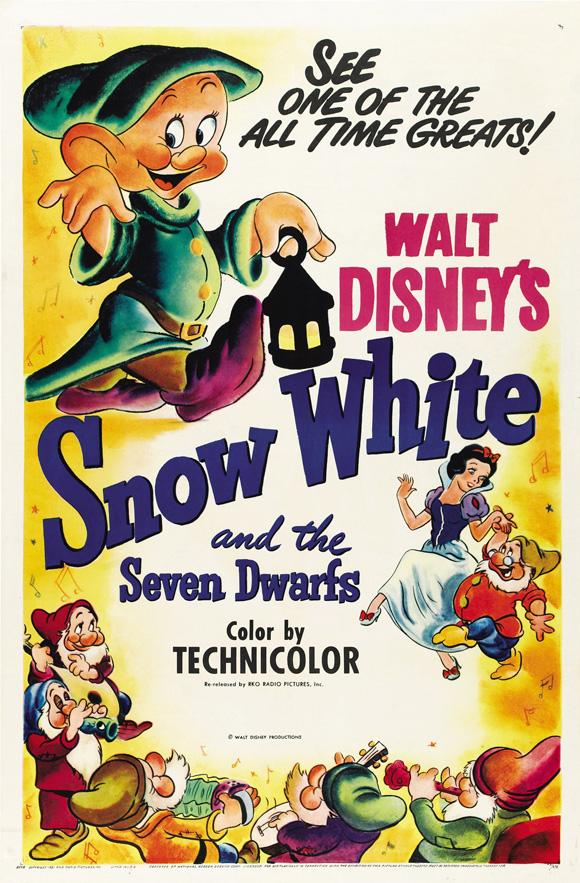 The Grimm fairy tale gets a Technicolor treatment in Disney’s first full-length animated feature! Jealous of Snow White’s beauty, the wicked queen orders the murder of her innocent stepdaughter, but later discovers that Snow White is still alive and hiding in a cottage with seven friendly little miners.