Collection Connections – The Devil Can Be in the Details, or Not 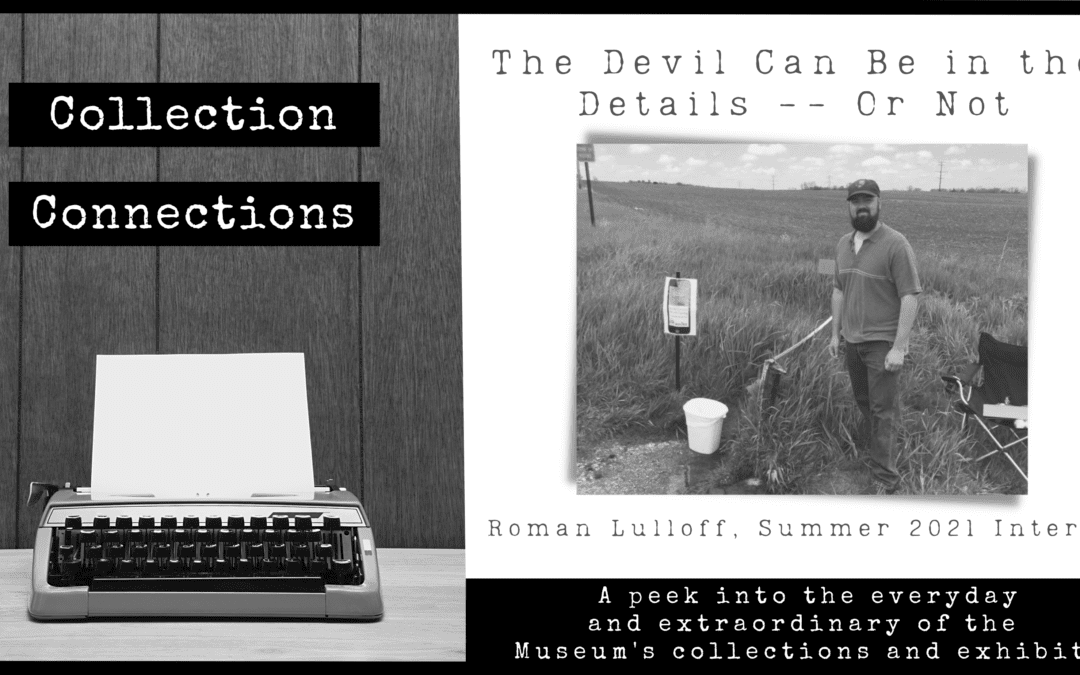 Thanks to Roman Lulloff, one of our Summer 2021 Interns for sharing his experience! As you can see, there is rarely a dull moment here at the museum. 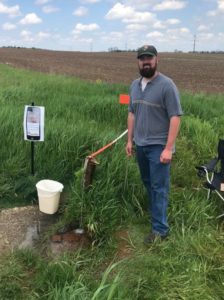 I have always enjoyed cultural institutions. However, my internship at the Sheboygan County Historical Society and Museum has enhanced my appreciation for local history and the efforts it takes to preserve, document, and exhibit objects within museum collections. The end of my internship coincides with my graduation from the University of Wisconsin-Milwaukee where I will earn my MA in Public History. I pursued an archives concentration rather than a certificate in Museum Studies, so the time I spent working at the Museum and with its staff was both a rewarding and informative experience as I prepare for a future career.

The internship offered by the Museum was to assist Curator Tamara Lange with cataloging, installing and processing The Way We Worked, as well as, with other curatorial and collection management responsibilities. Three internship positions were filled for the Summer of 2021. The interns, which included David Rush, Nick, Eggert, and myself, cooperated to complete major projects with other Museum staff and completed tasks individually. While there were several prioritized projects, there were opportunities to participate in an array of other tasks associated with the operations of a small museum. Projects ranged from sewing padded hangers for storing textiles, assisting with setting up events and serving as a tour guide to helping clean water from a leaking water heater. If I could take one lesson away from this internship, it would be the adaptability and versatility required by the staff and volunteers of smaller cultural instructions. 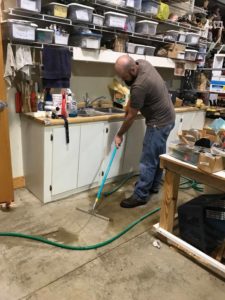 When the upper loft water heater sprung a leak, it was a learning experience for everyone around that day.

Among one of the more interesting experiences I had at the Museum was learning about museum cataloging and learning about many of the fascinating items in the Museum’s collection along the process. Cataloging included tasks such as creating physical descriptions, taking measurements, creating condition reports, and photographing objects. My challenge was that I can be far too detail oriented. One of the first items I cataloged was a Saxony style spinning wheel made by local craftsman, Wilbert C. Seybold of Sheboygan Falls. After my first attempt at describing the object, in which I essentially created a how-to guide to reverse engineer the spinning wheel, I realized with the help of Tamara that I needed to learn to be more precise while cataloging and describing artifacts. Over the course of writing and researching descriptions for items as seemingly simple as a political flyer or complex as a heavily deteriorated 170-year-old top hat and case owned by a local railroad engineer, I became more efficient with my descriptive writing, which is an essential skill for any future work in a museum and archive.

One of the larger projects I participated in was to help process and install the Smithsonian Institution traveling exhibit, The Way We Worked, as well as, helping incorporate content to tie the exhibit to the history of Sheboygan County. These projects were particularly beneficial since they provided my first experiences with exhibit planning and design. One of the things that amazed me the most when helping install The Way We Worked was the amount of work that was involved prior to installing the exhibit (And that did not include the work that was completed for the exhibition agreement prior to my arrival!). 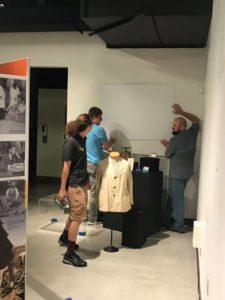 As part of connecting The Way We Worked to Sheboygan County, my fellow intern David Rush and I identified photographs and objects in the collection to compliment the Smithsonian content with local examples. After identifying several hundred potential images, we had to reduce the selections to 34 images based on the available space. Reducing the number of photographs was difficult because there were so many unique and interesting images depicting a diverse and changing workforce and economy in Sheboygan County. The same applied to objects, as we worked to select a variety of items from various industries and eras. However, we managed to select and prepare the photographs and objects for display by the time The Way We Worked arrived.

The arrival of The Way We Worked was a lesson in rolling with the punches and teamwork. The exhibit was scheduled to arrive on July 5, allowing for two weeks to set up the exhibit, which opened officially on July 17. The exhibit instead arrived on July 12. While for some, setting up an exhibit may seem as simple as assembling panels and placing artifacts in cases, it was a strenuous week reporting the condition of every panel and artifact in the exhibit before they could be installed. Fortunately, the staff worked together and finished installing the exhibit the day before it opened. 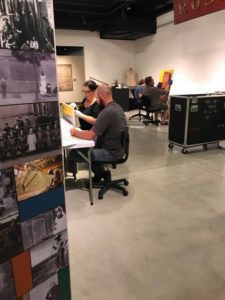 It is difficult to effectively summarize the value the internship at the Sheboygan County Historical Society and Museum provided me given the numerous opportunities to learn from the staff, volunteers, and numerous projects. Overall, I was provided with experiences in museum curation, collections management, and programming. I learned how to use PastPerfect, write more concisely, how to catalog and label objects, how to create condition reports, considerations for designing and planning for an exhibit, and far more.